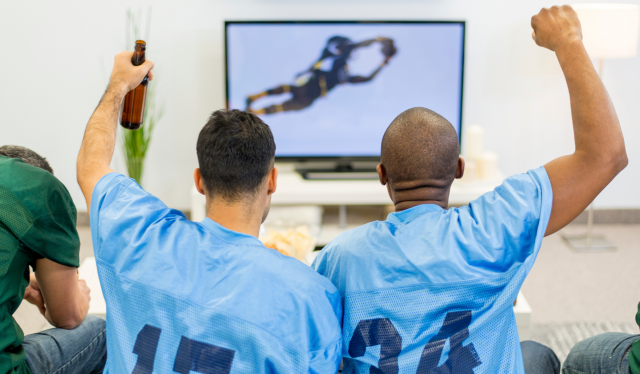 You might see many professionals playing at the highest level, but their careers begin in a college. NFL rosters are full of players from colleges, and many colleges have produced quality players. Some educational institutions are popular for creating CEOs or millionaires. Still, these colleges have produced the best NFL PLayers active in 2022 and competing at the highest level this game has ever seen. Let’s dig out such players and their colleges.

11 U.S. Colleges That Produced the Most NFL Players

Below is the list of U.S of US Colleges that produced the most NFL players in history. The Penn State Nittany Lions, which first competed in 1889, is one of the NCAA’s most illustrious programs. Penn State has football than 880 wins, four conference championships, and 50 bowl appearances to its credit. In the 1980s, PSU won the NCAA national championship twice and has been a consistent force in collegiate football for decades. Oklahoma football had its inaugural season in 1903. Since then, the Sooners have amassed over 870 victories, 49 conference titles, and 54 bowl appearances. Oklahoma has also won seven national titles, including back-to-back Heisman Trophy winners in 2017 and 2018. The Heisman Trophy is rewarded to the best college football player at the end of each season. Since the program’s inception in 1911, the Gators have won over 700 games. There were nine conference championships, 46 bowl game appearances, and three national championships, the most recent in 2008. The Wolverines have more than 940 wins, 42 conference championships, 48 bowl appearances, and 11 national championships in college football, with the majority of those coming in the early decades of the program, which began in 1881. The Clemson Tigers have won more than 750 games overall, 22 conference championships, and 47 bowl appearances since 1902. Clemson has also won three national championships, the first in 1981 and the two most recent in 2016 and 2018. Football at the University of Iowa has a long history dating back to 1899. Since then, the Hawkeyes have won over 640 games while winning 12 conference titles and competing in 33 bowl games.

7. University of Notre Dame (IN) Since their inception in 1899, the Fighting Irish have established themselves as one of college football’s most illustrious programs. According to the NCAA, the program has 865 wins, 39 bowl game appearances, and 13 national championships, the most recent of which was in 1988. The Bulldogs began their first season in 1902 and exceeded the 800-win mark in 2019. Over the years, those victories have been accompanied by 13 conference championships and 57 bowl appearances. Georgia has won five national championships, the most recent in 1980. Since 1904, the Buckeyes have won 825 games. These victories included 40 conference titles, 53 bowl appearances, and eight national titles in 2014. Since 1902, the Alabama Crimson Tide has been a dominant force in collegiate football. More than 949 wins, 28 conference championships, 73 bowl game appearances, and a plethora of national championships are the program’s achievements. Despite significant controversy, the university has won 18 national titles, including six since 2009.

Colleges with the most NFL players

Locate out more about how to choose a college and browse the Best Colleges rankings to find the right school for you. Connect with U.S. News Education on Twitter and Facebook for more college tips and information.

Keto Diet: What is Ketogenic diet?

Mattress Sizes and Dimensions: You Need To Know